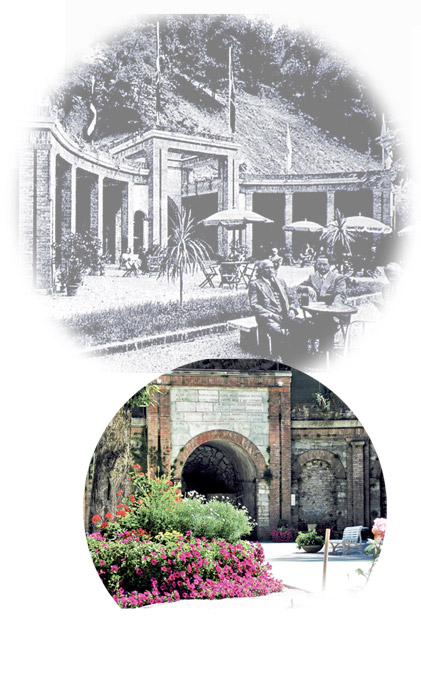 The water at Terme di Lurisia is truly healing. Local miners knew this in 1900, when they healed their wounds by immersing them in this “magical” water. It was scientifically certified in 1918 by the Nobel Prize winner, Madame Marie Curie, who demonstrated the exceptional therapeutic properties of Lurisia thermal water, a radon-rich water with unique characteristics. Since 1940, the Lurisia hydrothermal establishment has been a source of health, a place surrounded by marvellous scenery in a relaxing atmosphere, where taking care of yourself is easy.

The legend says that the water was discovered by accident, by one of the several miners working in the Nivolano (today Lurisia) area, in the early years of the last century. Striking a pickaxe against the rocky wall to loosen the typical local stone slabs used for building, a vein of spring water was accidentally hit, which turned out to be excellent to drink but even better for cleansing cuts and wounds that almost miraculously, healed very rapidly. The “magical” qualities of this spring soon became well known further afield, attracting the attention of many, including doctors and researchers, who studied its properties and confirmed the medicinal and beneficial qualities of the water.
In 1913, a famous expert in mineralogy, Prof. Lincio, carried out some excavations in the area and discovered the existence of large deposits of a specific radioactive mineral, known as AUTUNITE. The Italian Government became interested in this discovery.
In 1918 the Italian Government called the internationally renowned scientist and Nobel prize winner for having discovered Radium, Marie Curie, who came to Italy and visited the deposits in Ischia, Montecatini and, in August 1918, Lurisia. She carried out numerous studies.She collected samples of autunite and took them to Paris to analyse them and perform research. She thus confirmed the radon-rich properties of the water and their exceptional therapeutic properties.

The first Lurisia Spa Establishment was built in 1940, through the will and determination of Pietro Cignolini, David Garbarino and Piero Sciaccaluga, a doctor and two farsighted Ligurian entrepreneurs. This made it possible for anyone to take advantage of this wonderful water for medicinal purposes, but administering it with scientific methods and practices that enhance its benefits.

This is how Lurisia became an important hydrothermal research centre, as well as a marvellous place for a holiday and for health and well-being, a favourite destination for thousands of people, including some of the most important personalities of the time, such as the President of the Italian Republic Gronchi, the architect Giò Ponti and many researchers and doctors.
Later, a decree was issued by the Ministry of Health granting permission to bottle and sell the water, in this way placing the healthy qualities of the Santa Barbara Source in Lurisia on, or rather “between”, the lips of all.
The therapeutic springs were called:
Santa Barbara (patron saint of miners) diuretic and purifying properties
Garbarino (name of the entrepreneur who built the spa) sedative, analgesic and anti-inflammatory properties. 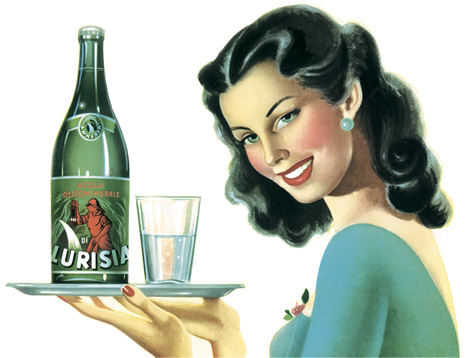